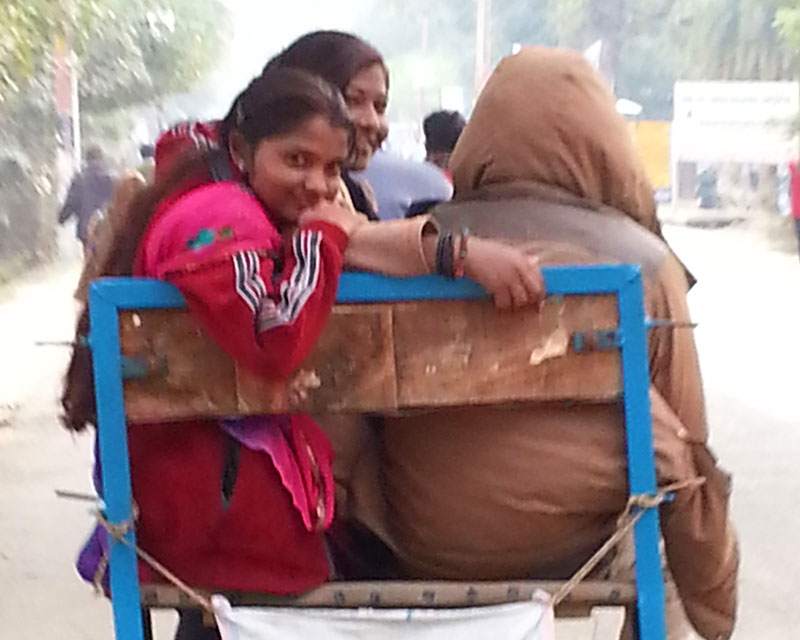 Young slum girls were taken on pilgrimage by Bodhicitta Foundation to Bodhgaya where the Buddha got Enlightened.

People who live in poverty can never dream of travelling to another place, studying Dharma, doing retreats, opening their minds or receiving the blessings of holy places. It’s a dream for many of them to travel to other places. Travel greatly facilitates breaking people out of old patterns and opening the mind. Our foundation has sponsored several Indians to visit Plum Village, the monastery of Renowned Zen Master Thich Nhat Hahn, as well as to the teachings of His Holiness Dalai Lama.

Going on Pilgrimage
In October 2013 a group of women (social workers and slum women) went on Pilgrimage to meet the Dalai Lama, to the historical sights of Delhi, to the Ancient city of Varanasi and the Holy place where the Buddha first taught (Sarnath). The women had never travelled before or had a holiday.

‘For a long time it was my dream to travel. I never had enough money. I dreamed of going to the holy places of Buddhism. For me it wasn’t just travelling, it was a mind expanding experience, a deeply spiritual experience. Before I only thought of my family and my problems, but seeing how others live, I feel fortunate and I wish to help the whole world. I have really learned so much about compassion.’ – Roshni Chandrakapure 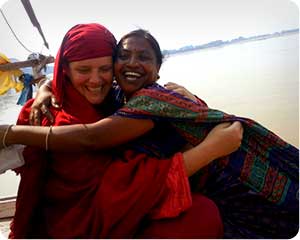 ”Before this trip I was like the frog in the well, unable to see or comprehend the outside world. Now I’m like the broad minded frog from the ocean, who has seen beyond the dark confines of the dark well of poverty and blind tradition.’ -Lela Meshram

‘I was so impressed to see the beautiful temples in Himachal and how many attractive young girls and boys had given up their lives to serve society and practice Buddhism. Our temples in Maharashtra are mostly empty. I saw Indian monks begging at the gate of the Dalai Lama’s temple, sadly they were not genuine, and they just wanted money and were uneducated (although there are also good monks in our state too). I felt so much faith and I really wanted to bow to the feet of the monastics who were really studying in Himachal Pradesh. I also got to shake the hand of the Dalai Lama. I was so happy and felt so blessed.’ – Sangeeta Khobragade

‘Now I have seen so many things, new worlds have opened to me and many of my dreams have been fulfilled… So I have to develop new dreams! My dream is to help those who suffer.’ -Padmini Bhorkar

You can donate to help other poor women to travel and study. $200 could mean the trip of a lifetime for a woman who will never see the world beyond her home otherwise.