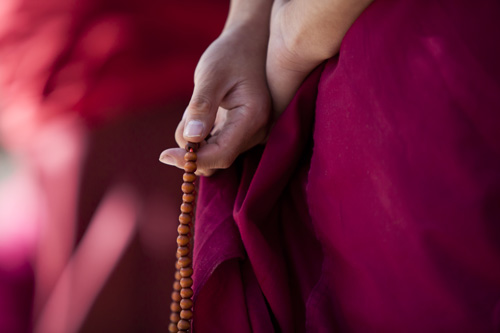 Bodhicitta Vihara Australia is affiliated, but different to Bodhicitta Foundation NGO for developing countries. Bodhicitta Vihara is the spiritual arm of Bodhicitta Foundation. If Buddhists or Activists who engage in service do not have time for inner reflection, it’s likely they will burn out and not have the inner peace, strength and resources to return to the world with inspiration and compassion. Therefore a place to access healing, teachings and peace is an essential part of our vision.

The socially engaged aspects and spiritual teachings of Bodhicitta Foundation for Australia started in 2001 under various names. Bodhicitta Foundation is an organization committed to the practice, realization and preservation and promotion of Buddhist teachings, culture, art and Buddhist values. We also offer socially engaged pastoral care, teaching, activism and take concrete steps to bring Buddhism and the Buddhist principles of wisdom and compassion into the world. We strive to develop a flourishing spiritual community, with brotherhood, sisterhood, and meaningful spiritual connections and inner transformation through practice and spiritual friendship.

We envision and socially engaged Buddhist Centre and hermitage with a flourishing monastic and lay Buddhist community. Engaged in practice, study, training future Buddhist teachers and Buddhist volunteers. Our Mahayana centre would be RIME or non sectarian, but based on what the Dalai Lama calls ‘The tradition of Nalanda’ (Tibetan Buddhism) and core texts like ‘The Way of the Bodhisattva’, the Lam Rim, Lamdre, Words of my perfect Teacher, the Heart Sutra, Lotus Sutra, Diamond cutter Sutras, Vinaya and more. We would also incorporate socially engaged elements from traditions such as Thich Nhat Hahn’s community and the Pali Cannon, but to a lesser extent. (Although ideal the Buddhist teachings have been separate for thousands of years and are very extensive so it would be very difficult to incorporate all of them, as separate and complete systems of practice have developed over a long time).

As well as retreat, monastic training, lay retreats, family retreats and study programmes, our centre/monastery hopes to offer services outside the retreat centre such as:

Bodhicitta Foundation For Australia is a vision in process. It may take several years to grow community and raise funds for a centre. It is true that there are many Buddhist centres in Australia doing wonderful work. But there is currently not one centre that does not charge Australian Tibetan monastics to stay and 75% of Non Himalayan monastics disrobe due to lack of support. Mostly the people who disrobe are younger sangha members, those with many years and a lot of enthusiasm and idealism to serve the Buddhist community, but because of apathy, sexism and structures that tend to favour Tibetan refugees rather than non Tibetans, people without a pension or life savings are the first to be hit.

Since the Buddha gave up his Kingdom to live in simplicity and follow the way of awakening, Buddhist monasticism and monasteries have served as sources of peace in an often materialistic and violent world. Buddhism now flourishes in Australia, but complete training in Tibetan tradition (which can take up to 20 years of full-time practice) have remained somewhat lacking. Although there are many well-established Tibetan Buddhist centres for the lay community, there is not one centre in Australia where Tibetan Western/Non Himalayan monastics can stay free of charge. Living the monastic path and upholding the Vinaya, monks and nuns are not meant to work. However, as Tibetan Buddhist centres require monastics to pay for their accommodation, some monastics have had to take off their robes during the day in order to earn a wage to pay for rent. Therefore it is very hard to live a monastic life and serve the wider Buddhist community where there is such limited support.

This is an opportunity to search your heart and support a budding local Sangha before it dissappears with the Khandro Ling Hermitage project.

Although many of our socially engaged activities can be done in rented premises in the city, we wish to build a sanctuary for monastics and a place of rest for socially engaged Buddhists in Australia to further their study and practice of Buddhism.

Khandro Ling Hermitage will be a quiet and beautiful place in a natural setting, with a few simple huts on acreage of beautiful landscape in Australia.  This Tibetan monastery & Centre aims to support both monastic and lay people for study, for training, and live the way of life as the Buddha taught.

The Benefits of the Khandro Ling Hermitage project:

By supporting Khandro Ling Hermitage, you can help us preserve the Buddha’s vision of the fourfold assembly of monks, nuns, laymen and laywomen and build a legacy for future generations of Buddhists.

“By supporting Bodhicitta Vihara (Temple), you can help us preserve the Buddha’s vision of the fourfold assembly of monks, nuns, laymen and laywomen and build a legacy for future generations of Buddhists.” 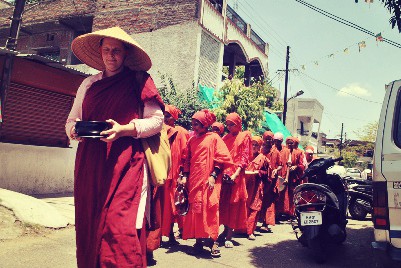 How Can you Help Us?